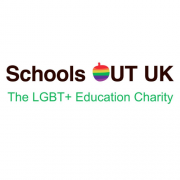 After being founded in 1994 by Missouri high school teacher Rodney Wilson, LGBT+ History Month has evolved into a month long celebration with the taglines- ‘Claiming Our Past, Celebrating Our Present and Creating Our Future’. History Month is observed in the UK, Hungary, the United States, Canada, Australia, Brazil, Greenland and the city of Berlin. Times may have changed from years past  when LGBT+ issues were not only taboo but would have been illegal to have been discussed in school but as recently as 2017 a Stonewall Survey found that 2 in 5 of LGBT+ students had never been taught about LGBT+ issues in class.

However, LGBT+ History month is not just for schools it is for everyone. It is a time to learn about the achievements of members of a community that have been hidden, persecuted and discriminated against. It is an opportunity to raise awareness of current prejudices against the LGBT+ community and stand against it.

Why February? In Canada, Australia and the United States LGBT+ History Month is celebrated in October to Coincide with Coming Out Day but is celebrated in the UK in February. Schools Out UK is the founding Organiser of History Month and the first took place in 2005. This came after the abolition of Section 28 in February of 2003. Section 28 stated that a local authority ‘shall not intentionally promote homosexuality or publish material with the intention of promoting homosexuality.’

Themes – Since 2011 the theme has been linked to a subject in the National Curriculum with the first being ‘Sport’ and this year’s being ‘Mind, Body and Spirit’. There are free resources on the LGBT+ History site and lesson plans have been created for teachers on the Schools Out Web Page. Since 2014 the month features LGBT+ persons in order to give LGBT+ students role models and to combat so called ‘straight washing’ of history. The life of a lesbian, gay, bisexual and Trans person has been highlighted each February with this year being the first for a fifth person to highlight the +. Over the next month, we will be introducing this year’s five selected persons. Starting today with Mark Ashton, whose involvement in Lesbians and Gays Support the miners is the basis of the heart felt comedy film ‘Pride’.

For the first time in 2018, Northern Ireland became one of the Schools Out hubs for LGBT+ history month. The PSNI were honoured to take part in partnership with the Ulster museum, officers created a piece about the first uniformed participation in Belfast Pride. This was shown in a special event held in the Ulster museum with the piece forever held in the museum archives.

History Month is important to me as I can use it as an opportunity to learn about the history of my community which has very often been hidden. Having just had my first child I want her to see her family reflected in the books she reads in class and that it is as standard as any other type of family. We are never too old to learn and at the end of the day whether it is LGBT+ History or Black History, it is the history of us all. We are obligated to look at it all not just the bits that suit our own views

Article | #MoreColoursMorePride – PS Morena Wickham-Thomas
Scroll to top
We use cookies on this site to give you a better, more personalised experience.
I'm fine with cookies
I'd like to manage the cookies
Manage consent