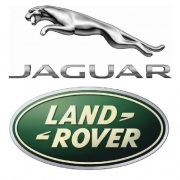 Lessons from the Case of Taylor v. Jaguar Land Rover (2018)

This case is likely to be remembered as the first time a UK employment tribunal found that the protected characteristic of ‘gender reassignment’ includes persons who identify as non-binary and gender fluid (and probably opened the door for other complex gender identities).  The tribunal’s finding on those matters is at paragraphs 165 to 178 of the judgment and it is likely that these (and the relevant sections from Hansard referred to therein) will be the most quoted paragraphs in future.

However, the case also is useful in another way.  In setting out the clearest failures in dealing with Diversity and Inclusion (D&I) that this barrister (and apparently the tribunal) has seen in 25 years of legal practice, the case may serve as notice to poor employers about what can happen when an employment tribunal shines a light into such dark corners, provide comfort for good employers that they are doing the ‘right thing’ and show employees how they are protected by the work of employment tribunals.  In their concluding remarks the tribunal said:

‘We had not seen a wholesale failure in an organisation of this size in our collective experience as an industrial jury.’ [227]

‘We thought it was astounding that there was nothing in the way of proper support, training and enforcement on diversity and equality until the Claimant raised the issue in 2017 bearing in mind how long the legislation has been in force.’[227]

[Numbers in square brackets are paragraph numbers from the tribunal’s reasons.]

The is an important caveat to introduce before setting out the failures.  The events examined by the tribunal and referred to in this article took place in 2017 and 2018.  At the tribunal, at least by the time of the remedy hearing in October 2020, Jaguar Land Rover (‘JLR’) accepted the depth of their difficulties and willingly took upon themselves recommendations designed to transform the D&I position at JLR.  I am informed that such steps have been underway since 2019 and that much effort is being put into these matters at JLR.  I look forward to writing a different article in a few years’ time setting out the transformation of D&I achieved at JLR and the benefits for the workforce, company and the whole West Midlands community.

So turning to the failures:

‘the Respondent’s complete lack of commitment to diversity and inclusion’.[79]

‘…the Respondent values its employees’ ability to perform their key roles far more than their personal welfare and wellbeing.’[227]

If you have D&I Structures, ensure they are active and effective

The Diversity Council or Committee ‘is no longer in existence or is entirely moribund’ [7].  The Claimant had been informed that the Cttee ‘didn’t really do anything but could not be god rid of for political reasons’[7].

‘…there was no visible group representing the interests of LGBT+ people..’[15]

‘…no support mechanisms for staff with protected characteristics…’[17]

If you have policies, make sure relevant staff know about them

‘All of the Respondent’s witness thought there must be (an Equal Opportunities Policy), but none of them had actually seen it’ [8].

‘…although the Respondent has a very good policy, none of those supposed to be implementing it, knew of it.’[162]

If you have policies, train relevant staff on them.

‘All of (the Respondent’s witnesses) appeared to be confused between the Dignity at Work policy … and equality and diversity issues’[9].

‘The sad truth, as this case clearly demonstrates, is that no steps were taken to implement (the equality policy) or bring it to the attention of employees or managers’[9].

‘There was no evidence whatsoever that the managers who gave evidence, or indeed anyone else working for the Respondent had been trained on the Dignity at Work policy’[14].

‘Given that the Respondent had some policies but did little or nothing to publicise or implement them’.[215]

If you have policies, use them

If you are a large organisation, have relevant experts / points of contact / support for managers

‘… no person designated to deal with diversity and equality issues.’[17]

‘Claimant was dealing with at least four people..’[41]

‘Clearly this was not appropriate advice..’[23]

‘Claimant was told ‘not to be sensitive’ (about comments which amounted to unlawful harassment) [40].

‘What else would you want them to call you’ (in response to C reporting a discriminatory remark) [43].

‘There was nothing (in a grievance response) about the fact that the Claimant was still being subjected to abusive treatment’ [73].

‘..hardly constituted a strong message about the importance of dignity and respect in the workplace’[78]

‘..the Claimant had raised the issue on numerous occasions and nothing had been done’.[120]

‘…wholly unclear that any further investigation was carried out…’[130]

‘The Respondent’s complete failure to protect the claimant from unacceptable harassment.’[132]

‘the Respondent’s total and abject failure to protect her from harassment.’[222]

Do not treat discipline (relying on the identification of perpetrators by victims) as the only possible response to instances of discrimination.

‘There were other ways of sending a clear message that such behaviour is unacceptable and would not be tolerated’[11] .

Deal with causes not symptoms

‘Occupational Health could not deal with the cause, i.e., a sustained course of wholly unacceptable harassment in the workplace’[12].

And a selection of comments you would NOT want to hear being made by the tribunal about your case / your actions / your evidence:

‘Sad truth’… ‘A considerable surprise’…’offensive and unsupportive’…’unproductive and unhelpful’… ‘set off alarm bells’…’no meaningful action’… ‘ a very unhelpful approach’… ‘the Claimant was not supported as an individual’… ‘bland and aspirational’…’ no real value was attached to her as a human being’…’stark contrast’… ‘fanciful’…’a particularly distasteful line of questioning’…’uncomfortable and unpleasant to listen to’… ‘truly unacceptable thing to say’… ‘Hindsight did feature prominently in the Respondent’s evidence in this case.’ ‘…it highlights real and avoidable shortcomings’…’wanton disregard’…’We did consider it to be suspicious’…’surprising, to say the least…’found it hard to believe’…’the argument was totally without merit’…’unattractive, to say the least’…’In this day and age such treatment was frankly unconscionable.’…’we thought it was astounding’…’a lesson to be learned at the highest level’…’systematic failure’…’the Respondent values its employees’ ability to perform their key roles far more than their personal wellbeing.’ 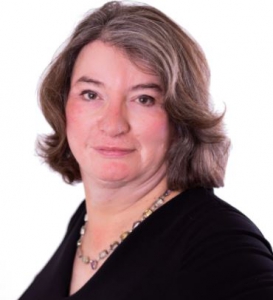 The full judgement of this case can be found in the Resources section here.