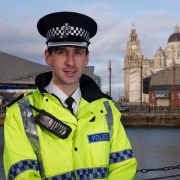 My Coming Out Story…

This is an extract from my coming out letter. It took me four years to draft. At the time I wrote:

“I have thought about telling you all at some point but the occasion never feels right. And when it does, I worry about the reaction that I will get. So I have written what I need to say in a letter. It’s probably the wimp’s way out. That said, writing this letter is the hardest thing I have ever had to do”.

I never did send the letter but instead I shared it in person with Joanne, my sister, shortly after having nearly been found out one evening in March 2011 when my mum came to my house unexpectedly to tell me about the death of my grandad. A frantic panic ensued as I attempted to hide the secret boyfriend whilst my mum stood outside (my contingency plans hadn’t considered the ‘death message’ scenario!) Needless to say, the kerfuffle then prompted some inquisitive questions from the family. In the nine months that followed, I would share the letter with each family member one at a time. Each time was as equally traumatic as the previous, albeit it never needed to be.

When I share my coming out story with others, I usually get asked the same curious questions and so I thought I would try to answer these questions using direct extracts from my coming out letter:

When did you know you were gay?

“I have known since high school and I have done everything I can to change. I have thought about how I can get rid of this secret every day for the last ten years”.
Why didn’t you come out earlier?

So what happened when you came out?

“I hope everyone who reads this letter feels they are able to speak to me openly about my sexuality. I hope that I will have the same support from my family and friends that I have always had. I hope that my friends still want to be my friends because they like me for who I am. I hope my family can still feel proud of what I have achieved and will go
on to achieve. I hope you have the strength and courage to be able to tell people I am gay without shame and to defend me from those who mock. I hope I will have your discretion and support.”

The good news is that all my hopes were realised. My family, friends and colleagues without exception, provided unwavering support. But whilst I have told you about how I first came out, coming out isn’t a single event. And it doesn’t always happen on your own terms, for instance when the Command Team secretary read my vetting form without my knowledge and found out I was gay before any of my family. Or when I was homophobically assaulted in the city centre which effectively outed me to the whole organisation (the offender received six months imprisonment). Or the many occasions when I am asked about my wife and have to correct people (or sometimes not if I feel too awkward doing so). And whilst it does get easier, each time is stressful and each time requires a quick decision as to whether it is safe.

So, what can we do to help? Well from my own experiences, there are a few simple things we could all commit to on National Coming Out Day to help others:

These simple things will undoubtedly make life a little easier for those who aren’t out. As I sign off, I wanted to finish with a final last extract from my letter:

“No matter how scared I feel at the moment at the consequences of sending this letter, I feel like the biggest burden has been lifted from my shoulders”

Whilst coming out was the hardest thing I have done, it was the best decision I made in lifting the biggest burden. Thought it wasn’t only me it impacted. After reading this blog Joanne messaged me:

“I remember your coming out to me extremely vividly. On that day, my life changed and I suddenly saw all the minorities in the world in a different way. It made me a significantly better person”.

P.S. If you are considering coming out or you are the parent of a child who you think may be LGBT+, this Stonewall page has some really helpful guidance.

You can find more information about Supt Court in the ‘Our People’ area here.

Blog | LGBT History Month – PC Ashley Toner-Maxwell
Scroll to top
We use cookies on this site to give you a better, more personalised experience.
I'm fine with cookies
I'd like to manage the cookies
Manage consent